Home » Sport » What is the Best Self-Defence Martial Art for a Woman to Learn? 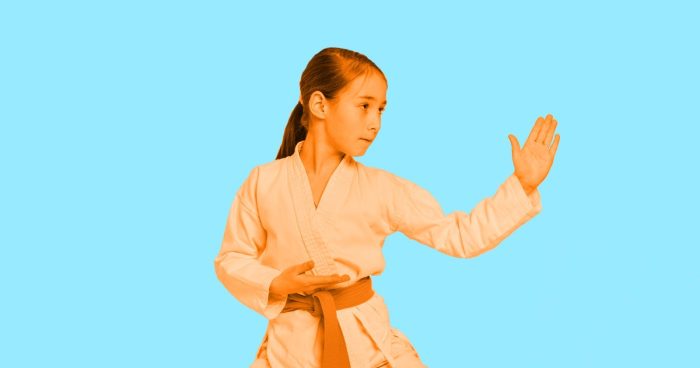 There has been a rise in crime against women, and cases of mishappenings display the need for standing against these odds. So each person must be taught the skills of self-defence which would allow them to safeguard themselves in cases of extreme violence or survival. Various schools have also included martial arts training in their schedules, providing them with the benefits of training their students against adverse situations.

So in this article, multiple martial arts techniques have been discussed, making it easier for women to safeguard themselves in adverse conditions. These training reflect in the person’s personality and how they handle the various things in their life, so its uses do not only reflect in physical strength but mental strength too.

There are various self-defence martial arts for women that make it easier for them to protect themselves against numerous threats, some of which are discussed below.

This is a self-defence technique in which the person focuses on the movement of hands which deflects the attacker’s attacks. In this form of martial arts, there are no specific methods of attack or strong punches. Still, the person focuses on understanding the other person’s movement and launching the counter moves to make his attacks futile. Initially Japanese found this form of martial arts. It is the best and most reliable self-defence technique because it focuses on throws and deflecting attacks without much strength or agility.

It is a close-range martial art that allows women to fight against assaults on streets and other closed places. There are various hybrid modes of judo martial arts combined with multiple karate moves, making it a suitable defence and attack martial art. It requires consistency and focuses on learning this technique because it mainly works on the person’s instincts, which are developed over time due to continuous practice.

This form of martial art has its roots in Thailand and is considered one of the deadliest martial arts. This form of self-defence involves aggressive attacking. It focuses mainly on harming the attacker in a manner that he cannot make further movement—this form of kickboxing involves continuous movement of punches and kicks with consistent force and agility. Proper utilisation of this technique allows the attacker to make the opponent disarmed in a limited set of moves.

The training of this martial art involves a wide range of attacks ranging from short kicks, long kicks, strong punches, and utilising other parts of the body like the elbows. The primary factor influencing the utilisation of this technique is the physical strength of the person, which restricts the learning of this technique. Still, it is the most reliable survival technique with many learning forms. Striking a single blow with the entire might is the core principle of this form.

Originated in Korea, this martial art technique focuses majorly on kicks and fast lower body movements to disarm the attacker. This form allows the person to make lethal moves without much effort or struggle. The attacks in this technique can be fatal, which is the primary reason there are rules and regulations followed while teaching this technique, and discipline is a crucial part of learning.

This discipline gives a person the wisdom to control his strikes and manage a perfect blow at the person. Another wonderful thing about this technique is that a person can experience a complete transformation in his instincts and body movements over the training period. If this technique is explained in a single line, it would be attacked in the manner that none expects.

The Karate Kid was the perfect movie that depicted the real meaning: this is the art of self-defence adapted from nature. Over time, this becomes an integral part of your reflexes. The Chinese developed this technique, and over time, the craze of this technique reached its peak, and people all over the globe started practising it as a reliable method of self-defence.

Patience and power are the key aspects that influence the extent and potency of an attack; the use of both upper and lower body is done while understanding the opponent’s moves and landing the perfect blow on him. This technique does not directly relate to the person’s physical strength, but it focuses on their ability to adapt to the surroundings and sync them with their reflexes.

Originated in Israel, this martial art does not focus on enhancing the spiritual skills or reflexes of the person but is meant to cause lethal damage to the person. This martial art style enhances the military fighting skills of the person and focuses on using the minor parts of the body like the knees and elbows to attack the opponent.

This form of martial arts can cause severe damage and has been taught in the military. This martial art technique is the survival technique that can allow the person to survive in the most adverse conditions with the high possibility of making it out with the least possible injuries.

Fighting and self-defence are two completely different aspects of martial art training. This is the primary reason a person is taught to be disciplined and have greater control over himself before becoming a skilled fighter. Regarding women’s safety, some martial art techniques can prove to be reasonable self-defence solutions, whereas others teach the art of attacking. As the stated attack is the best defence, there can be times when just deflecting the blows won’t make any good of the situation, so in such times landing a lethal setback can turn out to be a great solution.