Home » Blog » Have you heard of the abdominal hypopressives? 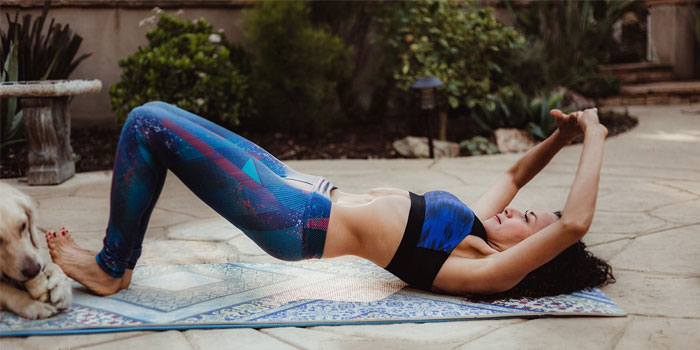 They are those which, according to experts, are much better than traditional crunches. Another method is to do crunches, more relaxed, and especially great for postpartum. Of course, I always recommend to vary the exercises. The muscles must work with all kinds of example of the exercises. Lets go see it!

Traditional abdominal practiced to achieve a purported aesthetic and health benefits but actually, over time, cause a bulging abdomen and cause urinary incontinence, prolapse and sexual dysfunction. Let’s see why.The hipopressive is easy abdominal exercise.

The muscle in these abdominal exercises called “traditional” is the rectus abdominis, and has little influence on the ability to reduce waist circumference and also to raise the trunk, abdomen and projecting outwardly still more bulges. By repeating this exercise over time, you will succeed a strong abdomen, but bulky. Also, traditional lower abdominal tone the abdominal muscles and pelvic floor, the main cause of urinary incontinence and sexual dysfunction, as to reduce pelvic floor tone, do not get enough stimulation and orgasms are less intense or fall short achieved.

If you practice physical exercise or sports you can have more urinary incontinence problems than people who do not practice exercise, especially if much exercise the abdominal muscles. This is because any contraction that causes abdominal distention, for example, laugh, cry, cough and especially abdominal classics, parallel makes a force pushing down the perineum and weakens facilitating urinary incontinence.

To reduce the waist, transverse and oblique muscles should be the main tone, because classical abdominal exercises do not have this objective. The abdominal muscles serves to strip, as it keeps the internal organs and provides a good position.

Performing these exercises are done by respiratory apneas, ie be without air for several seconds, which is why people with hypertension should refrain from them. The person who practices these exercises you should feel very comfortable. Therefore, appropriate clothing will allow comfortably perform the exercises and even help you perceive.

There are some preliminary guidelines for conducting hipopresivos, which see:

– It should have gone to the bathroom before Hypopressive exercise. Orthosympathetic strong activity triggers a desire ihinibicióndel urination.

– Avoid them before bed, because it increases metabolism and moves a lot of energy, which causes excitement and is contraindicated to take the paradoxical sleep.

– It is very convenient to do so in the morning, because during the day you have the highest metabolism, more energy is spent and more effective physical and intellectually.

– Do not do crunches hipopresivos after eating, because the digestion process is disrupted.

– It is interesting to drink liquid before starting with the abdominals.

Now we’ll see some basics of hipopresivas techniques and patterns of performance:

– Correct placement of the starting position.

– Self-elongating. When performing the exercises must be extremely correct posture and lead to self-stretching, as if to grow.

– Decoaptación of the shoulder joint in relation of the exercises. It should make a stretch sideways, as if you wanted to widen the trunk. This causes activation of antagonistic muscles and relaxation of the diaphragm is increased.

– Importance of respiratory apnea. Empty the lungs of air manages to relax the diaphragm and creates a decrease in abdominal pressure.

– Open the ribs. Causes a stretching of the diaphragm and abdominal pressure decreases.

– Guidelines to open the ribs: hands on the ribs and feel what happens to the chest when breathing. In inspiration the ribs open and, as you exhale, close.

– Use a pin anose to avoid breathing and ensure that the ribs open in apnea.

– Self-help with proprioception. While the nose clip with one hand, with the other free, a few passes with the fingers are made from the navel to the lower sternum and alternate with other countries with horizontal fingers to the floor it is used.

– Grapple nose and proprioception pairs. To facilitate integration of all concepts seen before.

It draws and ribs open. Before ejecting the air fingers on both hands on either side of the ribs, placed something inside, and endeavor to maintain these ribs open while the air is expelled. It was inspired by opening the ribs and turn trying to keep them open.

– You must have a rate of execution. Between each exercise and repetition between three breaths during exercise you should try to breathe through the rib cage are made.

– Should follow a progression. The first two weeks should do 2 sessions per week of 2 reps each exercise. The following four weeks is increased up to make the entire session in a time of between 15 and 25 minutes which is then necessary to carry out every day for 30 days.

By repeating the exercises, the neurological pathways of muscles regain their functionality, open tone. Some muscles and the abdominal muscles and tone up the perineum, the waist circumference is reduced and increase muscle tone and base of the pelvic floor.

– After 30 days should be re-evaluated to see the improvements and decide based on the same assiduity to follow. Normally, after a month, to keep improving it is enough to perform 20 minutes two or three days a week.

Respiratory apnea open fully ribs. Hold making an effort to open the ribs and avoid entering the abdomen or raise the perineum. If needed, inspire (after 10-30 seconds), make three thoracic and espiratora apnea breaths again to repeat the exercise.

Knees, feet flexed. The body line tilted slightly forward and the palms, too, forward, arms in a circle (as if we wanted to give a hug). The index fingers of both hands close without touching. Elbows aligned with hands and shoulders. If to grow and make effort to separate the elbows (decoaptar shoulder), self-elongating from head as. Respiratory and apnea Open fully ribs. Stand and making an effort to open the ribs and, when needed inspiration, make three respiratory and thoracic apnea breaths again to repeat the exercise.

The person sitting, legs bent and feet extended or slightly flexed. It is placed back against a wall and a small pillow under your buttocks if you can not maintain the verticality of the column. Arms circle (as we wanted to give a hug) and palms facing forward, with the index fingers of both hands close without touching. Elbows aligned with shoulders and hands. Self-elongating from head as if to grow and hcer effort to separate the elbows (decoaptarhombros). Respiratory and apnea Open fully ribs. Stand and making an effort to open the ribs and, when needed inspiration, make three thoracic and respiratory apnea breaths again to repeat the exercise.

GUIDELINES FOR THE CONDUCT AFTER EXERCISE HYPOPRESSIVES

You will feel a facility to make sound to remain sitting, standing, walking or doing any type of activity or exercise positions. To facilitate integration of the postural improvements always take practice exercises in different positions.

The muscles must work with all kinds of exercises. The muscle in these abdominal exercises called “traditional” is the rectus abdominis, and has little influence on the ability to reduce waist circumference and also to raise the trunk, abdomen and projecting outwardly still more bulges. By repeating the exercises, the neurological pathways of muscles regain their functionality, open tone. Stand and making an effort to open the ribs and, when needed inspiration, make three thoracic and respiratory apnea breaths again to repeat the exercise.

Stand and making an effort to open the ribs and, when needed inspiration, make three respiratory and thoracic apnea breaths again to repeat the example of the exercises.